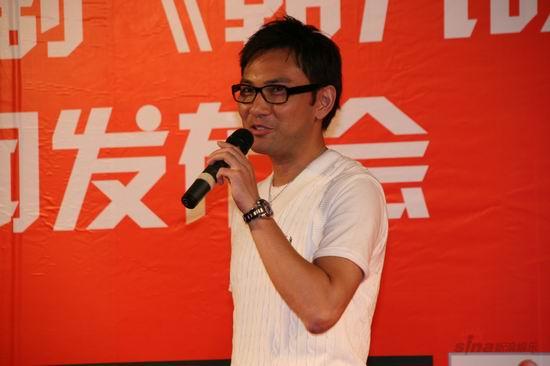 Frankie has started filming a mainland series in Shanghai on June 27. i don't know the leading actress because i don't watch mainland series much at all, but she looks pretty. the series will focus on the competitive and stressful life of work and romance of a group of people in a company. Frankie will play a manager who has been transferred from Hong Kong to work in mainland China. Frankie commented that his biggest obstacle is the language but the crew hired an instructor to assist him.
not much information is known about the series as of yet. i'm just glad that Frankie has started working after a long break. he's supposed to be back to TVB this September for Forensic Heroes sequel.
Credits : Bao Anh Dat Mui for the Vietnamese translation, Sina.com for image.
0 comments June 26, 07
Idy Chan together with Sammo Hung & wife, & others were at a spa opening ceremony yesterday. Idy announced that she intends to make a comeback, said, "I have been away from this circle so long, of late I make some market survey, now that I am not too old, I can still do." Will she be back to TVB? She said she had contacted the senior officer of TVB Liang Jia Shu & they need further negotiation.
********************************
Sources: ON.cc / Images@TungStar / HK-Image / MingPao OL - Weekly - US East NY - US West SF - CA East Toronto - CA West Vancouver / Wen Wei Po / Oriental Daily / More photos news: QQ / SINA / TOM / XHN /
Thanks to Andy Town for the translation.
News taken from Chan Yuk Lin Online
This is such a wonderful news. after so many years, she decides to make a come back. hopefully she'll shine again, and that TVB will appreciate her.
0 comments